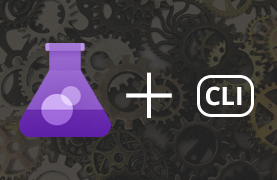 When contributing to the CLI for Microsoft 365 Open Source project, you need to write a fair amount of unit tests. Enough to test every single code path. Protecting code quality in this way is a good thing. But if you’re like me and have simply not gotten around to writing many unit tests, it can be tedious to get started. If you’re thinking about contributing, I hope this blog post will help you get up to speed quickly!

Creating unit tests can feel like an afterthought. So you’ve written some truly outstanding functionality (or so you think), and oh right, you need to write some tests as well. The first thing to do is to turn this mindset upside down. Writing tests takes a significant amount of time! Maybe as much as it took to create the functionality in the first place. So let’s enjoy it and take pride in writing good tests!

So plan for it, make it your primary objective to write fantestic tests! Make them readable to other contributors. Refactor your tests like you would refactor your code. There’s an obvious upside to creating unit tests: it will improve code quality without some human tester (or a maintainer) pointing out basic flaws in your code. Which is good, right?!

The CLI for Microsoft 365 project uses Mocha together with Sinon.JS. Mocha is a well known and well supported JavaScript test-framework. Sinon.JS is used for mocking (for example) Graph requests and responses or for checking expected command output. It works very well together with Mocha. Tests are written in typescript. You’ll find the project structure containing a lot of <name>.spec.ts files. Every spec.ts file contains a test suite for the regular typescript file alongside it. When executing npm run watch or npm run build, these typescript files are transpiled into <name>.spec.js files in the dist folder. After which you can execute npm run test to run all the test-cases.

Opening up any spec file for the first time, you might find something like the following code. I’ve added some inline clarifications to explain the various parts:

One of the biggest parts of unit testing is to get your tests to run in isolation. If your command calls the Microsoft Graph, you don’t want it to actually call the Graph, you just want to test what the code does with the various possible responses it might get. The same goes for all other dependencies in your code. Let’s call that related code: code you are not currently writing tests for, but you have to deal with it’s influence. Here Sinon.JS comes in, allowing us to use things like mocks, stubs and fakes.

Take the following code in the spec.ts files:

What’s happening here is that two stubs are created through Sinon.JS. But what is a stub? A great definition I found is that by Roy Osherove: a stub is a controllable replacement for an existing dependency in the system. By using a stub, you can test your code without dealing with the dependency directly.

Definition: A stub is a controllable replacement for an existing dependency in the system. By using a stub, you can test your code without dealing with the dependency directly. - The art of unit testing, Roy Osherove

The stubs override (or ‘fake’) the functions restoreAuth and trackEvent so the command can run in isolation. The specific responses are not important here, just that the functions can be executed without failing. auth.service.connected = true is used here as an extra to trick the system into thinking it’s connected. The stubs are created in the before() hook, so they are available on all the test-cases. But all stubs must be disposed of, which is why you’ll find the following in the after() hook:

So what if you need to use the emailaddress of the signed-in user in your command? There is an existing utility function that allows you to get that emailaddress: getUserNameFromAccessToken(accessToken: string). You’ll need to add the following code to stub this:

The code above stubs the function to return a dummy emailaddress. Because the function expects an access token, you’ll need to make sure some token is available on the auth service. Afterwards, the function is restored and the access token reset.

So what about another important part, mocking requests to the Microsoft Graph? This essentially works the same. The CLI for Microsoft 365 project uses an intermediary request class to initiate HTTP requests towards the Microsoft Graph. All we need to do is stub the get() or post() functions on that class and make it return what we want to return.

In the code above we make the get() function return a dummy response that we first declared as a JSON object. The nice thing here is the opts argument on the fake function. This allows us to repond to parameters that are used by the code. In this case we can respond differently based on what url is passed to the get() function. We can thus create a stub that can take care of all the GET requests in the command and respond as required. The largest part of the work here is to get good dummy responses. Luckily, the Microsoft Graph Explorer helps us out in that regard. It has great dummy data that we can easily use!

The location of these stubs is a matter of thought. I personally like to declare these request stubs in the before or beforeEach hook, as I’m using them multiple times and it makes it more readable for me to have them in one place. But sometimes you just need to put them within a test-case itself, for example because you need different responses in different test-cases, all with the same GET-request. In any case: don’t forget to restore the stubs afterwards.

Pro tip: Using the Microsoft Graph Explorer (while not signed in) is a great way to get good dummy content.

When all related code is finally mocked/stubbed, fake responses and all, running a test-case on a command is pretty straightforward. The following code benefits from the Stubs created in before() hooks, and runs fine in isolation:

As you can see in above code though, the test-case is not only verifying returned values. It’s also verifying against loggerLogSpy. Which is a Sinon.JS Spy. A Spy is like a Stub in the sense that you use it on related code. But where you use a Stub to control the return values of functions, you use a spy to verify the return values of functions, or even to verify if they are called at all. Spies are about verifying the interaction with functions.

In the case of the CLI project, all commands use an injected object to output values: the logger: Logger. From the perspective of a command, the logger is related code. The logger is the most logical thing to check if you want to know if a CLI command executed successfully. Therefore it is often spied upon.

In the spec.ts files, the logger object is re-created in the beforeEach() hook:

It’s a ‘mock’ implementation of the Logger interface, as there is no real logger available while testing. There’s no need to use Sinon.JS Mocks/Stubs here, as we’re in control of what we are passing into the command as arguments. And that’s okay, we just want to spy on how it’s used by our code. The spy is created by using the sinon.spy() function, and we’re good to go. We could use multiple types of assertions now to check command output using the Spy. The ones I most often use are these:

There’s a lot more options in there as well. But we’ll leave that for now.

After writing your tests, don’t forget running them. To successfully run tests, you first have to compile/transpile the code so that they end up in the dist folder. The best way to do this is to just run npm run watch in your terminal. This way, you can keep making changes and have them transpiled immediately so you can keep running your tests.

If you like using the commandline, you can simply run your tests by executing npm run test in the terminal.

To only run your own tests, you’ll need to update the package.json scripts section. For example:

…after which you can execute npm run mytest to execute just your own tests.

You can also debug your unit tests from within VS Code. A launch configuration named ‘Debug Tests’ has been added to the .vscode/launch.json file. You can start debugging by opening the Run & Debug panel, selecting the correct configuration and hitting F5. Don’t forget to place a breakpoint in your spec file.

But an even better way to run and debug tests is to use the Mocha Test Explorer extension. This extension gives you a fantastic overview of all your test suites and test-cases. It allows you to run/debug everything at once or just one test suite or test-case at a time. It shows nice green checks if a test-case has succeeded. Take care that you have transpiled your code, the Test Explorer should start showing your tests.

By default, the Mocha Test Explorer has a test-case timeout of 2000ms. This is problematic for some unit tests, as they need a little more time to complete. The npm scripts in the package.json file show that the maintainers thought of this: they added a --timeout 10000 argument on the mocha scripts. So when using the Mocha Test explorer we should update this timeout value as well. We can do that in the extension settings of VS Code:

Errors, exceptions and things to keep in mind…

It’s time to close this down. I hope my blog helped you get closer to writing good unit tests! If you ran into issues, you might want to check out my other blog. I already listed a few things that can go wrong there.


cli microsoft365 testing mocha contributing
Support me by sharing this 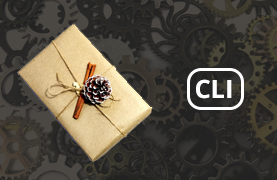 Contributing as a holiday season present

Last month I contributed to an Open Source project: CLI for Microsoft 365. I did that both because I love using CLI's and because I love not reinventing wheels. 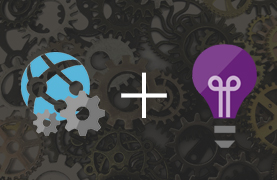 When updating a few Azure WebJobs to a new version of the WebJobs SDK, I had to rewrite the way they logged data. This led to a few lessons learned, which I'm happy to share for anyone who is working with the same tools. 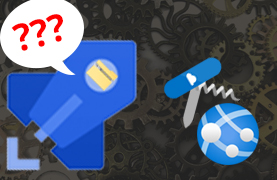 My Azure DevOps pipeline recently stopped zipdeploying to Azure App Service. This is how I fixed it.

Thanks for reading my blog, I hope you got what you came for. Blogs of others have been super important during my work. This site is me returning the favor. If you read anything you do not understand because I failed to clarify it enough, please drop me a post using my socials or the contact form.